The focus of this PhD project will be on the making of a library of ~100 chaperones and screen it to find member(s) that might improve folding and function of several test proteins. Contingent upon such outcome, alternatively a library of ~100 CYP/CYP reductases and/or ~100 GTs will be built and screened to find member(s) that might complete the missing step in several model biosynthesis pathways and/or alleviate toxicity of several model secondary metabolites, respectively.

Previously in the lab of Dr. Brian Pfleger at the University of Wisconsin, Madison, USA, I developed a set of synthetic biology tools to facilitate reliable episomal gene expression in Pseudomonas putida KT2440.  This generally recognized as safe (GRAS)-certified organism has recently received great attention from wider metabolic engineering community due to its ability to stand various xenobiotics (including antibiotics and various organic solvents), ability to express GC-rich genes typical of many actinobacteria and myxobacteria’s secondary metabolites gene clusters, and ability to generate huge amount of NADPH required in many biosynthesis reactions.  Besides, I also developed synthetic consumption pathway in that organism to facilitate metabolic engineering of gamma-valerolactone, a product of a chemically effective lignocellulose breakdown process, into various useful chemicals.

Additionally during my time in the 2015 Synthetic Biology summer course at Cold Spring Harbor Laboratory, NY, USA, I studied the role of each gene in Escherichia coli chemotaxis circuitry using CRISPR interference technology under the supervision of Dr. Stanley Qi (Stanford University), and engineered Sachharomyces cerevisiae-based whole-cell biosensor for detection of various advanced biofuel molecules under the supervision of Dr. Pamela Peralta-Yahya (Georgia Institute of Technology). 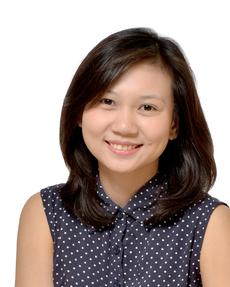