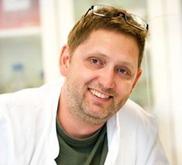 The group ambition is to contribute to a systemic biological understanding of the fundamental processes of molds and yeasts and use our insights for developing cell factories for the production of pharmaceuticals, food additives using synthetic biological tools. A focus area is to exploit biodiversity to find and characterize new fungal bioactive molecules and identify the relevant genes and transfer them to our cell factories for further characterization. The group help develop new (or improved) methods to produce chemicals with activities ranging from antibiotics and anti-cancer drugs to flavoring and coloring agents, and thus contributing to improving people's health and quality of life.

The lab currently consists of a professor emeritus, an assistant professor, a post doc, and seven PhD students. The focus of the PacMEN project performed in this group concerns improvement of vanillin glucoside production via synthetic biology based tools.

The group activities are naturally linked to the biotech and clean tech industry. The development of new and improved production systems helps drive an industrial switch from the use of polluting petrochemicals to a more sustainable use of cell factories.

Project 13: Engineering of metabolons for multi-enzyme pathways optimization with vanillin glucoside as the test case.

Many secondary metabolites and proteins in nature have high value because of their therapeutic, nutraceutical, agricultural, or even recreational potentials. The harvest of such compounds from their original producers is not sustainable both environmentally, economically, and politically. Arguably, the most ideal way to produce secondary metabolites or proteins of commercial interest is through conversion of renewable carbon sources, e.g. glucose, by microorganisms that grow relatively fast, in metrics (i.e., titer, rate, yield) that are relevant to industrial scale. Specifically given that many of such secondary metabolites and proteins are produced by plants and fungi, during which compartmentalization is critical, yeast is the preferred microbial host for heterologous secondary metabolites production relative to bacteria. The focus of this PhD project will be on the making of a library of ~100 chaperones and screen it to find member(s) that might improve folding and function of several test proteins. Contingent upon such outcome, alternatively a library of ~100 CYP/CYP reductases and/or ~100 GTs will be built and screened to find member(s) that might complete the missing step in several model biosynthesis pathways and/or alleviate toxicity of several model secondary metabolites, respectively.