Through the literature research I became familiar with the theoretical background of methods for DNA assembly, pathway library generation and in vivo pathway evolution. Now I have joined the Schwaneberg Group at the RWTH Aachen, in order to broaden my scientific skills regarding library generation methods and protein engineering strategies. 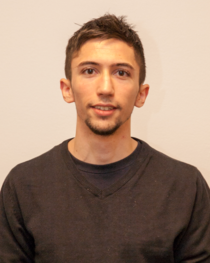 Natural enzymes are not optimized for industrial applications. Here protein engineering via directed evolution can generate enzyme variants with improved substrate affinity, altered co-factor requirement, increased turnover rates and/or reduced inhibition, and so on. The success of a directed evolution experiment depends on the genetic diversity generation and the high throughput screening system. The objective of this project is to develop a method which enables directed evolution under high mutational loads by applying a FACS based high-throughput screening.

My main research interests lie in the field of bio-catalysis, protein and metabolic engineering and synthetic biology. I wrote my bachelor`s thesis about Synthetic Biology and Biocomputing and completed my master`s thesis with the title `New tools for biosynthetic pathway optimization` at the Austrian Centre of Industrial Biotechnology (ACIB) in Graz, where I received funding by the CHEM21 - EU project. In this project I developed an in vivo combinatorial strategy in yeast, which generates a polycsitronic pathway library that allows to balance the relative activity of the participating biosynthetic pathway enzymes. During my stay at the ACIB in Graz, I have published a review article with the title `Combinatorial pathway assembly in yeast`.