I had my bachelor degree in Interdisciplinary Program of Life Science and Electrical Engineering in Taiwan. After graduation I preceded my Masters project in developing an efficient platform for site-specific chromosomal integration of large DNA fragments in E. coli.
Metabolic engineering often necessitates chromosomal integration of multiple genes but integration of large genes into E. coli remains difficult. We demonstrated that DNA double strand break not only enhances recombination efficiency but also raise the length limit of chromosomal integration of foreign DNA. In addition, via combining the CRISPR/Cas9 system, we were able to integrate large DNA fragment (up to 7 kb) into E. coli chromosome with efficiency over 60%. The project led to my interest in genome engineering and metabolic engineering as well as its’ application in industry.  After getting my master’s degree, I worked in pharmaceutical industry as research associate to optimize bioreactor processes. We performed 2-50 liter bioreactors and analyzed cell metabolic pathway to optimize the productivity and the quality of protein products 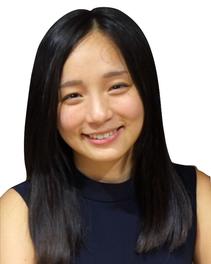 .
Now I am working as a PhD in SeSaM-Biotech and my project aims to develop two polymerases (“divertase” and “recombinase”) to further enhance the diversity of sequence saturation mutagenesis method.

Generation of gene diversities and screening of the desired mutant are the two most critical matters for successful directed evolution. eqPCR has been the most applied method for generating gene diversity due to its’ simplicity to perform, yet by which only little portion of diversity can be generated out of all theoretically possible mutants. SeSaM is a novel diversity-generating method which overcomes limitations of eqPCR by enabling random mutations of every site of gene and generating less mutational bias. However, the diversity generated by SeSaM technique is still limited.
The project aims to envolve two polymerases (“divertase” and “recombinase”) to further enhance the diversity generated by SeSaM method
With this project, a mutant library with significantly improved diversity and more evenly distributed mutations can be generated, elevating the positivity of a successful screening selection.